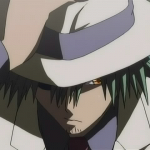 Hello, I am Agent A, a member of the Secret Agent's society. Right now I am thirteen and was hired at age 11. I was hired because of a unique ability I have: I am able to mimic the capabilities of people I see. I also know Tae Kwon Do. I work with several other Agents; their names, I am not allowed to reveal just as I haven't revealed mine. The code names of the Agents a commonly associate with are Agent I, Agent L, Agent M, Agent XD (Really silly guy), Agent 002, and Agent 003. All of us each have our own talents which were the sole reasons we were hired. Each of us possess Bakugan that we use to help us with the missions that we are assigned. We are all usually seen--considering we're seen at all--wearing dark sunglasses and dark coats or vests. Our origins are considered, Classified.

It's been a while since I've seen this place... I've been drowning in paperworks. Apparently, whilst I was gone, things got messy around here: Inappropriate content, People disappearing then reappearing... I think it's time to sort things out, however, first I will need all surviving admins and bureaucrats contact me. Apparently there's a new upstart calling himself Erebus Demantion around here too...

My Guardian Bakugan is my Haos Viper Helios.

If you want any info about me look me up on Bakugan Wiki...

Next most used team:

By yelling Bakugan DNA Change I have the Ability to fuse with Viper Helios and my other Guardians and become part Bakugan... Through use of this power I aid my allies and occasionally spar with others.

Fused with Haos Viper Helios I become Viper Ace! As Viper Ace I have the FARBRAS ability equipped. I am also equipped with the Custom Battle Ability which, at my disposal, can raise my Printed G-Power by 200. My G's will start out the same as the most powerful opponent I am facing and will gain as much G-Power as all of my opponent's gain.

Close up on Viper Ace

Viper Ace
Add a photo to this gallery 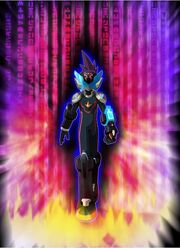 Dual Darkness Ace
Add a photo to this gallery

Fused with Darkus Aranaut, I become Ninja Nightmare Ace. I become stealthy as a ninja and can cause havoc in other's minds. NN Ace has a base power-level of 980 G's.

Add a photo to this gallery

Fused with Darkus Dharak I gain the powers of the Darkness and become Shadow Ace. Now this wings I have the ability to fly. My G-Power will always start at 950 G's.

Shadow Ace 2
Add a photo to this gallery

Fused with Turbine Dragonoid I gain the powers of combustion and become Inferno Ace. Using heat and my wings I can now soar to amazing heights. My base power-level in this form is 950.

Inferno Ace close up.
Add a photo to this gallery

Fused with Cyborg Helios I transform into Typhoon Ace. As Typhoon Ace I can generate any measure of wind I wish, from a breeze to a hurricane. Now one with the wind, my speed and accuracy increases dramatically. My base power-level in this form is 940.

Haos Helios MK2 is a, technically made-up Bakugan, that I thought up of as the Evolved form of my Guardian Bakugan: Haos Viper Helios. He has the same personality as my Haos Viper Helios and has the abilities of the Helios MK2 from the anime(though slightly revised).

ZukKor Destructor is a custom made Battle gear. It is the combination of Zukanator, AirKor, and Twin Destructor. It basically looks like a three barrel cannon, the cannon in the middle being larger than the other two. It now has wings and can help the equiped Bakugan fly further. Being the combination of 3 Battle Gear it gives the equipped Bakugan 150 extra G's rather than 100.

The Brawling Page is my favorite page!

Retrieved from "https://bakuganteams.fandom.com/wiki/User:Agent_A?oldid=7933"
Community content is available under CC-BY-SA unless otherwise noted.