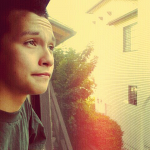 So if you are a great contributer on this wiki you can be an Admin. But dont ask me if you can be one, then your chances drop. I guess for now I am the only Admin. But that can change through time. I am the Leader of two teams: The Online Bakugan Team , and The Brawling Bunch.

Bakugan I Will Use

Subterra Jamello: 840G (I made him up, I will use him in the brawling room)

Jamello in ball form opens like Minx Elfin. He has Music notes float over his head holographically when he opens. He has the same designs of Minx Elfin, but doesn't have the frog or hair, or the same face, or the little Heart part. Instead he has, a Music Note where the heart was, His face looks like a Lion but he can stand up on two feet. He has Cave paintings on his face, and he has a mane, not a frog. He is also Subterra

Earthquake: Moves the Opponent to another Gate Card.

Energy Drain: Drains 200Gs from all bakugan with the attributes of: Pyrus, Haos, Aquos, Ventus, and Darkus.

He can use all the others abilities my other bakugan use too, and Gate Cards.

Retrieved from "https://bakuganteams.fandom.com/wiki/User:Benjiboy321?oldid=6793"
Community content is available under CC-BY-SA unless otherwise noted.